Join a place where you feel accepted + empowered. Enter your name + email to begin a journey to a new magical you. 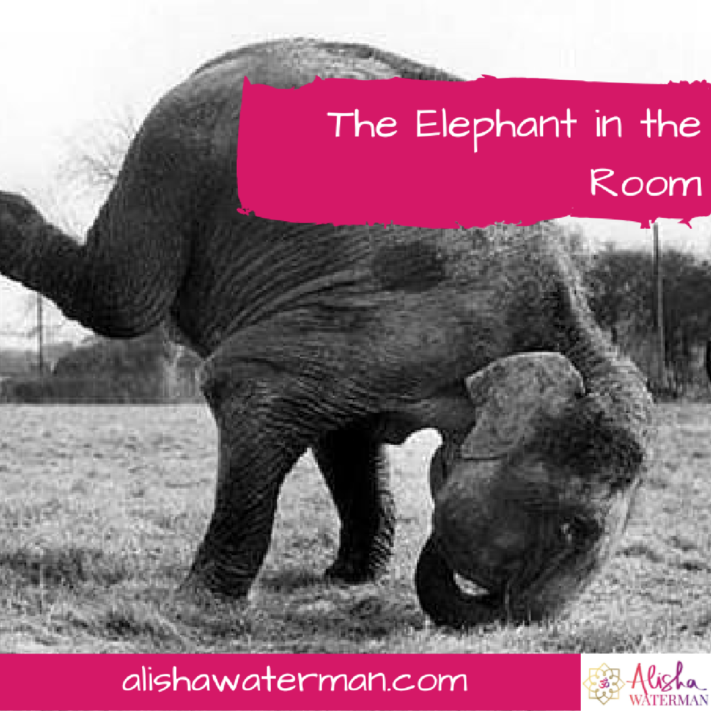 You often hear the phrase the elephant in the room when describing a situation or person that is obvious but being avoided by those involved, a bit left of centre, awkward and even embarrassing.

This phrase came to mind the often when I placed my feet on the mat a yoga teacher training and I swiftly realised that elephant was me. Of course I had given myself that name and played judge, jury and executioner when it came to mind what a yogi was “supposed” to look like, speak like and inspire others.

In the weeks that followed instead of feeling vibrant, peaceful and yogic. A sea of emotions began to surface, a lifetime of hurt and disappointment that had been pushed under the rug, raised it’s head to be dealt with. Moving through Surya Namaskar over and over again while my yogi pals practised teaching, set my body alight with fire and sweat, which was swiftly followed by immense waves of anger.

With every lunge, fold and arch of my body I took it as an opportunity to embrace the anger that had arisen, connect to the feeling of fire in my body and visualise the burner off of those negative emotions and experiences that continued to come to the forefront of my mind. Each exhaled breath carried away the ashes leaving only a space of calm and the prospect of something new.

As I rested into Shavasana, I knew I was in the right place to transform my thoughts and unite my being. As class came to an end and I looked around the room and was met by the eyes and hearts of beautiful souls. The only judgement I saw were in the eyes of my own reflection and I knew the journey to self was about healing my own inner critic.

← Sneaky Vegetarian Biryani
The Agony and the Ecstasy →

2 Responses to The Elephant in the Room

This site uses Akismet to reduce spam. Learn how your comment data is processed.

How I Keep Organised and Plan My Week

My Morning and Evening Rituals

Time to conquer your fears, blocks and live the life you truly dream of!

Enter your name + email to access a 1:1 ﻿FREE﻿ 15 minute ﻿coaching exploration﻿ ﻿that will get your life flowing now.